I don't know about anyone else, but around this time of year my mind turns to tax season. When you're self employed, December is the month you start to look at just how much money you earned during the year and realize you probably should have worked *just* a little harder. With Christmas looming around the corner, and that final tax payment due in January . . . somehow, just like EVERY other year, the old checking account isn't quite where I hoped it would be this late in the game.
I suspect that this may be the case for a lot of my fellow artisans out there as I am seeing a drastic increase in the number of new pieces being started. So, why do we start sculpting furiously *now,* so late in the game and during such a busy time of year? Guilt, my friend! Pure guilt! If we can work hard enough from now until December 31st, perhaps we can make up for all the time that was wasted through the year when we should have been working but just didn't feel motivated.
To heck with inspiration for awhile! The gig is almost up and soon our secret shame will be known to accountants (and husbands *gulp*) all over the country! So, for now, we do our best to look busy and hope that somehow this last little sacrifice to the Gods of labor will save us from the starving artist stereotype and build enough momentum to carry us, steaming full force, into the New Year, ready to be better disciplined and more prolific than ever!
If I say it enough years in a row. . .someday it shall be true!
Anyhow, I'm back in the studio and I've got things to show as soon as I get my camera working. It feels good to get that clay warm again and start bending up a new armature or two!

P.S. Oops! I almost forgot! The AAEA show was a great success and they sold both of my bronzes. . . so now I get to enjoy one of an artist's most time consuming endeavors. . .waiting to be paid.
Posted by Katherine Bogucki at 12:12 AM 2 comments: 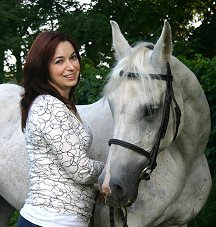