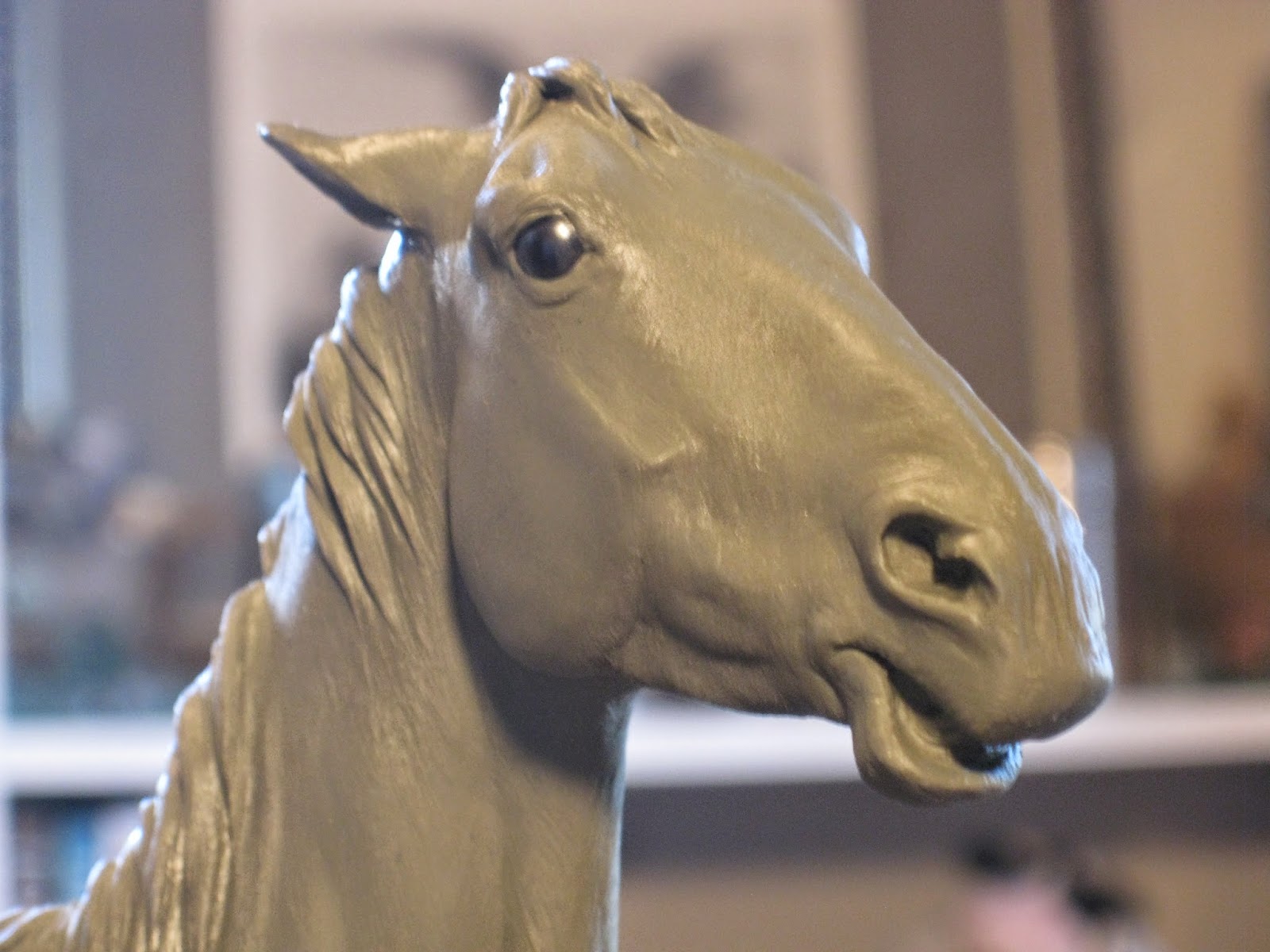 When all was said and done, the mold was completely destroyed, but I had a useable copy of  my sculpture.  So. . .there is still a lot of prep work to do on Nagmificent. . .but, I can finally say with 100% certainty that he will be offered as a resin edition very soon!
Posted by Katherine Bogucki at 3:29 AM

thanks so much for sharing this story with us. I can really understand how frustrated you must have been. I would have felt the same way.
In my case, I mainly paint models and sometimes this is really frustratring, too. Just today, I ruined one of my repaints.This hasn't happened in a very long time.
But your story kind of shows me that is can normal that we all make mistakes sooner or later; even as an experienced artist. It's part of the job, I think...

So what I basically wanted to say is that we just shouldn't give up that easily!

I can't wait to see Nagmificent as a resin, take your time!
And keep up the wonderful work. <3

Kathi, Love your story. I can so appreciate your agony. I just nearly ruined a beautiful Warmblood custom family I just finished, with a bad Krylon Spray finish. They were sticky. Testors Dullcote saved the day, thank God.
But your Nagmificent has more meaning that that for me. I recently bought a new Bloodhound stud dog for my small kennel. Buck is gorgeous but he is THE most stubborn boy I have ever tried to work with. He wants his dinner but he refuses to go in his crate no matter how much he wants the dinner, sitting in the back. It took him three weeks to decide that crates were somehow evil. He has more stubburness than I do and he gets that same look on his face as Nagmificent. When I purchase one of your resins of this horse I am naming him BUCK!

Kathi,
LOl so im not the only ones who can screw up a mold then? Sometimes I feell like I don't know what the hell I'm doing and I'm just pretending to lol… but it's nice to know that other artists that have been doing this as long as I have can also screw it up. Sometimes I think we just get used to doing what we always do and dont pay as close attention as we should or we get distracted and for me its very very easy to get distracted around here.. lol Cant wai to tsee him thoug and Its os good to know your still sculpting! I was getting worried there, but then I think your kinda like me and pay extra attention to your work so it takes longer.. and I nit pick things way to much! anndddd procrastinate.. I'm a master at that! lol Oh and what about the other little ones you molded at the same time? did you manage to get a casting of them too? if so what are they? I'm so curious!!!! take care!
Becky Turner
Soltice Studio